“What the *** are you talking about! I need this! I wouldn’t bloody be here waiting in line for 20 minutes like a ****ing idiot if I had already got it! Check again!”

The large, 30-something man pulsed with anger. His breathing was shallow. Veins protruding from his neck. Chin jutted forward, his head bobbed back and forward as he spoke like he was attempting to spit venom with every syllable. His eyes communicated a potent mix of indignation and malice.

A young retail worker cowered nervously to his right, doing her best to be pre-occupied with re-shelving unwanted product without looking terrified. She wasn’t a good actor. She was trembling with fear and wanting to be anywhere but within 20km of this man who had suddenly exploded. Her name tag read Jessica. Jessica was experiencing a profound trauma for the first time.

Meanwhile, the pharmacist behind the counter who had become the target of the man’s aggression, attempted to regain control of the situation. Probably in his forties, he spoke like a man who had seen this too often to care anymore.

Whether through a misunderstanding, a computer error, or untruthfulness on behalf of the customer, he was attempting to retrieve a script that was displaying as having been already dispensed. It was an opioid commonly used for treating chronic pain.

The pharmacist, having dealt with hundreds, if not thousands, of drug seekers in the past, spoke with all the empathy of a postage stamp. In a low voice, he ordered the man to calm down. Repeating himself for the 20th time, he reiterated that the drugs had been dispensed and he could not assist. Further, he stated, shopping centre security were on the way.

This went over about as well as telling someone to calm down ever does.

I was standing approximately five metres from the aggressive male, wondering whether the years I spent managing violent people were about to become useful again. But I saw something that relaxed me. Remorse. Embarrassment. Overwhelm. This wasn’t a violent man. He was in pain. He had been barely holding it together. And he knew that the stress had now gotten the better of him and manifested in this behaviour that had brought the pharmacy to an eerie standstill.

I shifted my focus to the others around me. The teenager I’d first seen hiding behind a display of hair accessories had frozen in place. Despite (or because of) her terror, Jessica had stayed exactly in the danger zone and not moved a muscle. Elsewhere, mothers ushered their children out of the store quickly and forcefully. The other staff stared dumbly, pinning all their hopes and expectations on the pharmacist’s ability to control the situation.

“This is ****ed” the man spat, quieter this time, before turning on his heels and making a beeline for the door.

His hands were shaking. He muttered to himself, the words catching in his throat with emotion. He disappeared into the parking lot, a good three minutes before centre security arrived.

He left, but his energy did not.

An elderly customer needed to sit. She felt feint. Staff members jumped into action to assist, but their nerves were shot. They fumbled and dropped things as they tried to go back to serving customers. An awkward silence in the air, a young male customer decided to break the tension by loudly commenting “Bloody junkies eh!”

Some laughed. Most didn’t.

Resisting the urge to hand over a business card when paying for my own purchase, I mulled over the incident I had just witnessed. I’ve personally been proximal to well over a hundred such situations, and likely reviewed reports and footage of hundreds more. Sometimes they end with embarrassment and hurt feelings. Sometimes they end in fatalities.

The consequences for businesses not equipping their staff to manage customer aggression are not always so obvious or newsworthy. Often, the result is good staff changing jobs, suffering emotional trauma, developing work-related anxiety or a demonstrated degradation of service delivery. They also result in regular customers shopping elsewhere.

What I witnessed at my local chemist on an average Tuesday afternoon is not limited to the pharmaceutical industry. The same things happen in retail, public transport, banking, allied health, and basically every other customer-facing industry you can think of.

How many businesses invest in proactively training their staff to manage their safety from human threats? To manage their fear and adrenal response? To recognise the early signs of agitation? To de-escalate aggression? To get to safety when their intuition is screaming RUN. Sadly, the answer is “not many.”

As I drove home, it was with a sense of sadness. I was sad for Jessica that she was likely going to be apprehensive about going to work the next day, or the next time she has to serve someone who reminds her of the customer that day. I also felt sad for the customer, who lost his cool under difficult circumstances and may now feel ostracised from attending the business again. I felt sad for the parents who were now having difficult conversations with young children about why the adults were yelling at each other. I even felt sad for the pharmacist who probably thought such blow-ups are completely unpreventable and inevitable.

All of this could be prevented or at least mitigated through training.

If our people are truly our greatest asset, why are we not taking all reasonable measures to protect them?

Last year, I was fortunate to be part of a research team undertaking Australia’s largest ever multi-industry study into occupational violence and aggression. The report is free to download, including a checklist that you can implement to assess how well you are managing the risk of violence and aggression in your business. You can get it here and it costs nothing.

I’m always happy to talk to anyone who is serious about protecting their staff from the threat of violence or aggression.

If Jessica was your daughter, you’d want her to be prepared.

Reach out if you have a need we can assist you with. 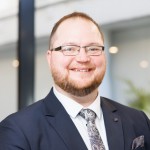 Joe Saunders is the R2S Group State Manager for Victoria, our National Practise Lead for Occupational Violence & Aggression, and a certified Presilience® practitioner. He is also the host of the Presilience Podcast and the Managing Violence Podcast.

In addition to his work in shaping organisational culture, Joe is an internationally renowned expert in conflict, de-escalation and the managing of aggression and violence.